The International Visitors Leadership Program (IVLP), organized by the US Department of State, aims to provide visitors from other countries with the opportunity to learn about the work of organizations in America and thus improve their professional and personal development.

The International Visitors Leadership Program (IVLP), organized by the US Department of State, aims to provide visitors from other countries with the opportunity to learn about the work of organizations in America and thus improve their professional and personal development.

The IVLP program is generally implemented for a duration of 2 to 4 weeks, in at least three different cities in America, so that program participants can get acquainted with different methods of work in different environments. About 20 people from Serbia are invited to participate in the IVLP program annually.

The program that we took part in under the title "Entrepreneurship and Cooperation among Balkan Summer Work and Travel Alumni" was organized on the proposal of the cultural attaché of the American Embassy in Sofia with the mission to improve the cooperation between Work and Travel Alumni organizations in the region and to promote entrepreneurial spirit among young people people from our countries.

A total of nine former Summer Work and Travel Program participants from Serbia, Bulgaria and Macedonia were invited to participate. To our great satisfaction we were one of the invited ones.

Our program was held in November for two weeks, and within the program we had the opportunity to visit four different cities: Washington (District of Columbia), Chicago (Illinois), Boise (Idaho) and Detroit (Michigan).

Let's start our description chronologically according to the schedule we were moving.

We were first welcomed in Washington by the World Learning organization that was in charge of the logistics of our program. They informed us about all the activities that we will have during the program, as well as the opportunities that we have as participants in the IVLP program. Our schedule was always organized so that during the day we had visits and lectures in various institutions and organizations, and after that we had free time to visit the city and visit the events recommended by the program coordinator.

For the start of our IVLP program in Washington, our hosts organized the tour of the city where we had the opportunity to visit the cultural and historical attractions of the US capital. 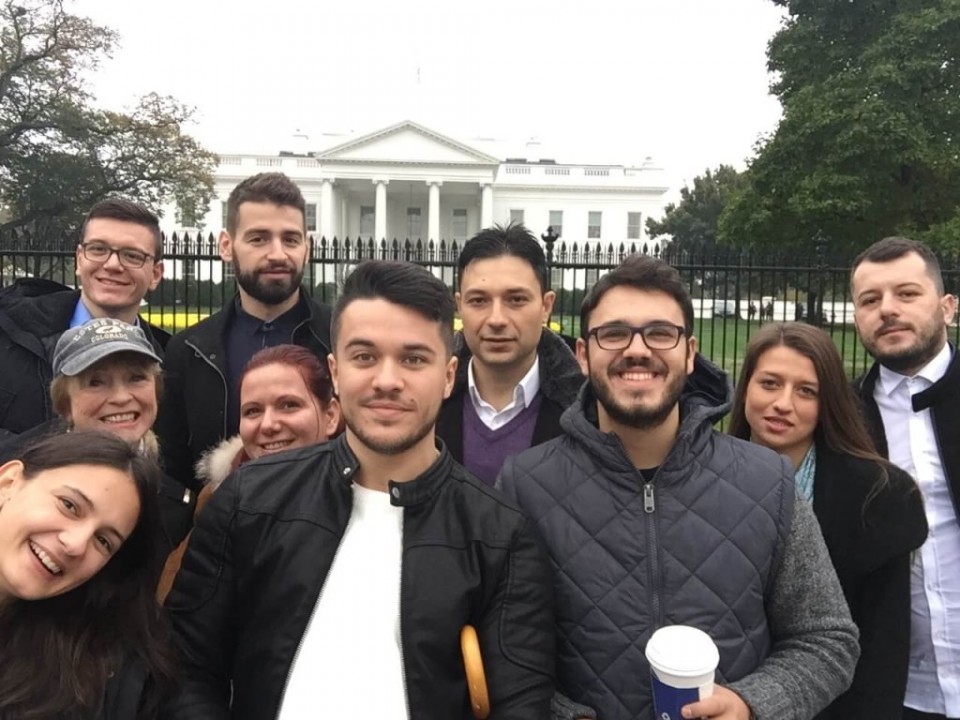 IVLP participants from Serbia, Bulgaria and Macedonia together with Linda Harris liaison of the program in front of the White House in Washington.

We had a chance to spend some free time visiting Smithsonian museums. For those who are not familiar, it is a complex of 19 different museums in the center of Washington. Museums have impressive content and entrance to all museums is free! Unfortunately, we did not have enough time to go all the way, but we definitely would point out the NASA museum as well as the Holocaust Museum as something definitely worth a visit. 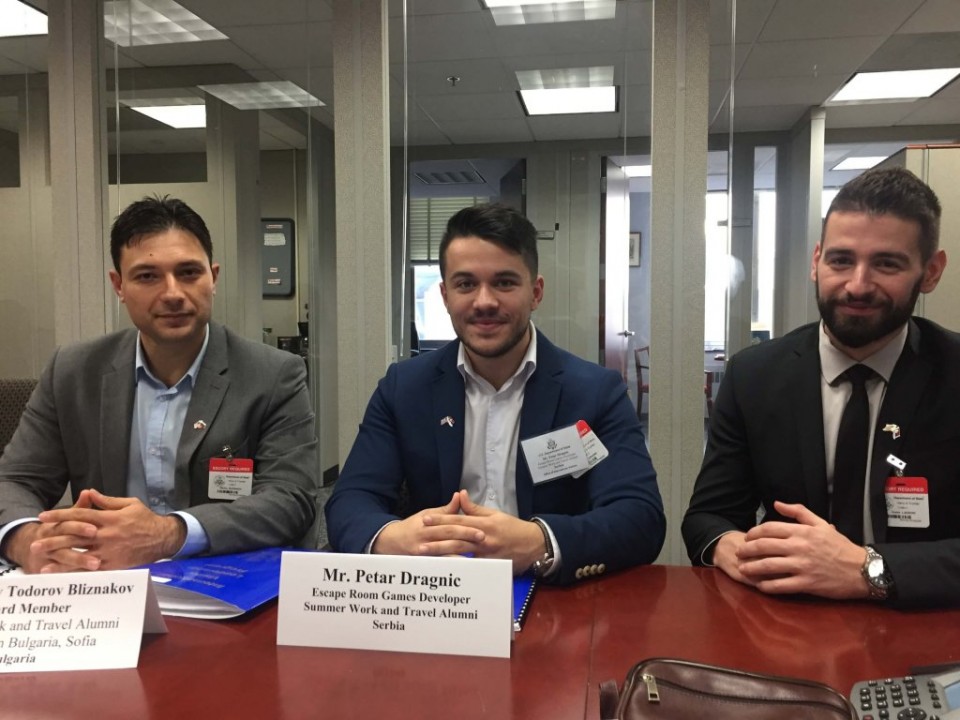 A meeting with the US Department of State with the managers of the exchange programs, Kevin Saba and David Benz

List of organizations that we visited during the program in Washington:

In Chicago, the focus was on visiting business incubators, accelerators and co-working spaces. We visited several different centers of this type and it was interesting to see that each of them has something unique compared to others.

Very interesting was the visit of Amundsen High School, which is headed by Anna Pavichevich, and besides her, we were welcomed by several professors from our region. When Mrs. Pavicevic became director, this school was ranked as category 5 (lowest) by the quality of secondary schools in Chicago, and now ranks as category 1. 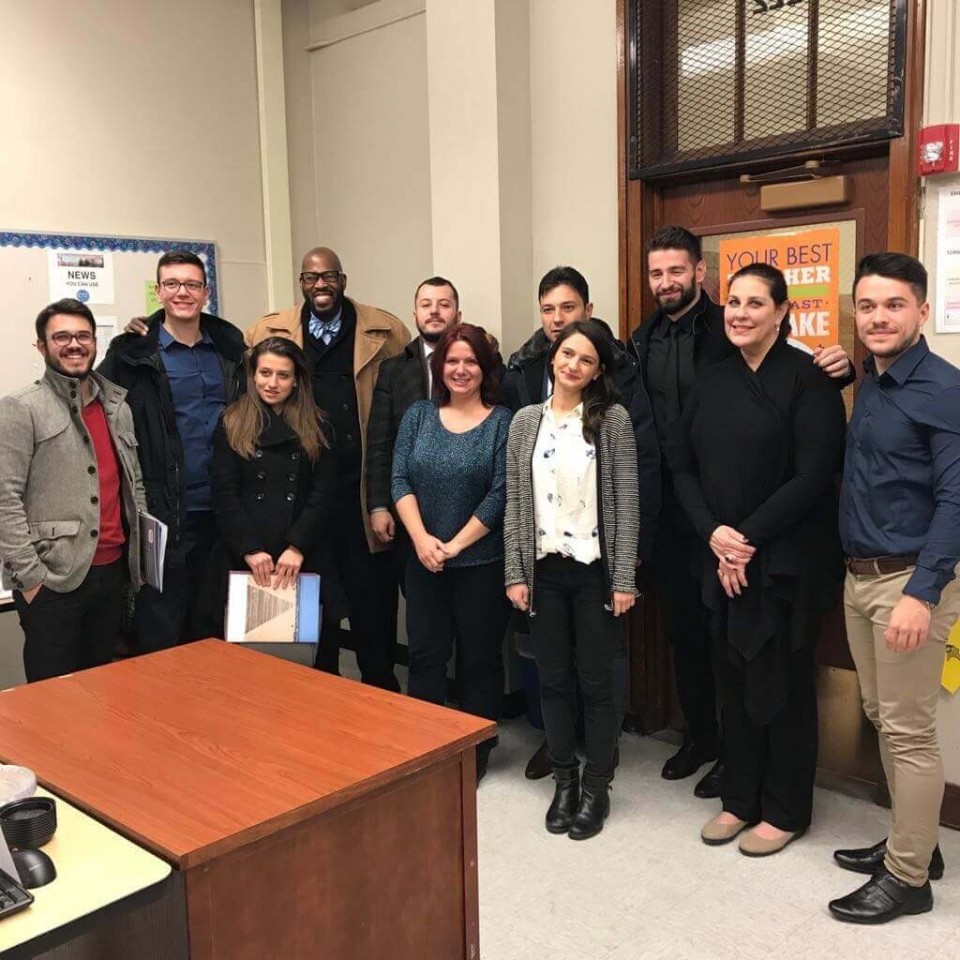 Chicago is full of interesting content so we have used our free time maximally. We visited the Hancock Tower from where you can see a fabulous view of Chicago from the 94th floor. We went to the best-rated attraction of this city "Architectural River Cruise" where a boat drives you through Chicago and you have the opportunity to see this beautiful city from a different angle accompanied by a speaker that tells you about the history of this city. We highly recommend this tour, only get dressed warmer so you do not freeze like us.

We also visited the Adler Planetarium, the Jazz concert at Green Mill, one of the oldest jazz bars in Chicago, the NBA match between Chicago Bulls and Indiana Pacers where Stojan from Macedonia even managed to catch a t-shirt that an animator threw into the audience, and we even saw a show in Chicago Theater. Chicago is also a beautiful city for walking and we are just sorry that we spent only four days in it. 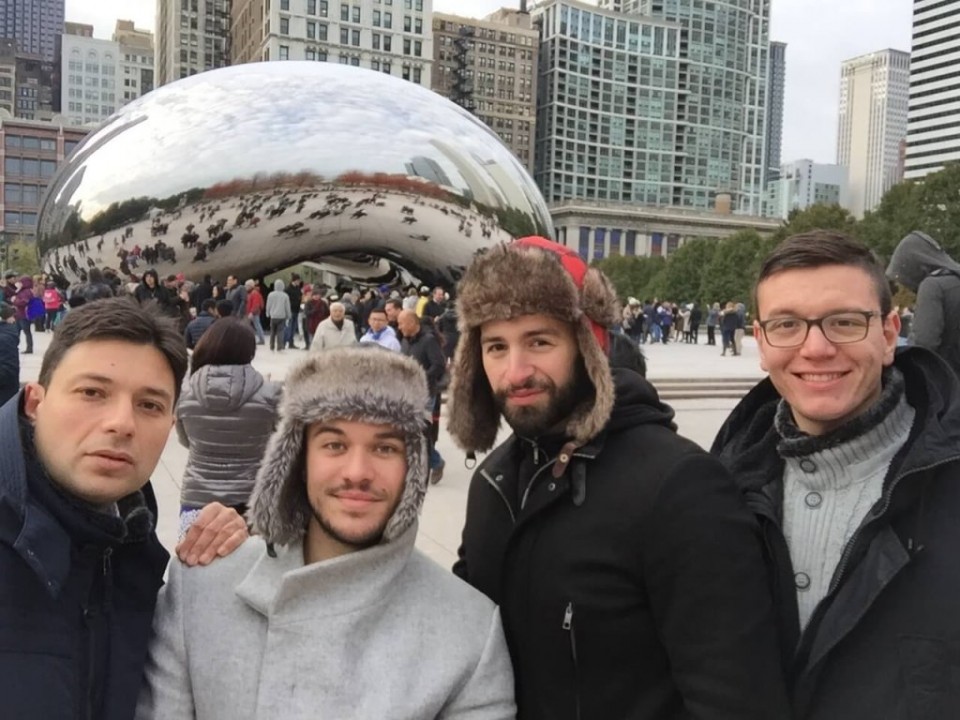 List of organizations that we visited during the Chicago program:

Boise is the capital of Idaho and the smallest city we visited during our program, but which we enjoyed just as much as Washington and Chicago.

Boise reminded us of the Work and Travel places we worked in, primarily because the environment is smaller, clean and nicely decorated and where people are much more relaxed than in big cities. There are not many attractions here, like in Chicago, but the inhabitants of this city can enjoy a large number of outdoor activities that we had the opportunity to see. 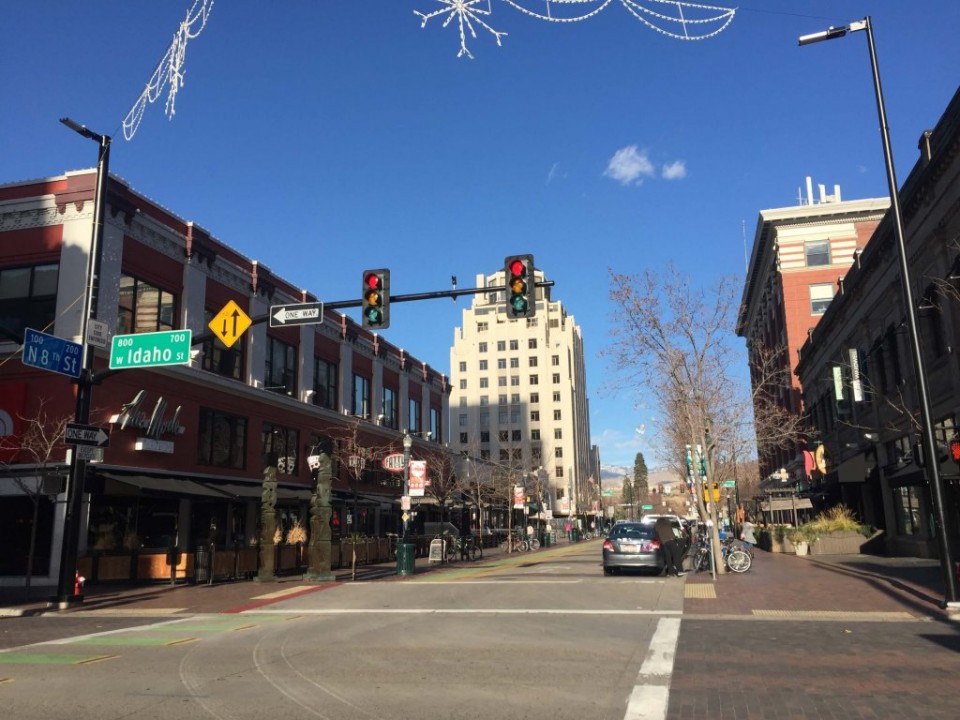 During the program in Boise we had two very interesting visits.

We visited Idaho Youth Ranch Thrift shops, where we became familiar with the concept of such stores. Their organization, in cooperation with the city, has set up a large number of containers where people can literally donate anything they want, and employees later take over those containers and sort things in the warehouse by category and then place them across 30 shops in the state of Idaho. The prices are really low for very decent things, which allows the citizens of the state of Idaho with low incomes to get to the necessary things. This activity is not visited only by the poorer part of the population, but also by a lot of people who want to find good deals.

Our IVLP representatives also managed to find a good deal. Marko bought a very nice suitcase that he needed for traveling after the program at an incredible price of $3. Vladimir wanted to buy half of the store, but we had to remind him that the weight of the suitcase was up to 23 kilograms, but it did not prevent him from buying two large bags of various things.

We also visited animal shelter with a large number of dogs and cats, as well as other animals. This shelter is fully funded by donations and the animals get a lot of attention from employees but as well as from the residents of Boise. We had the opportunity to see that many residents joined as volunteers in such organizations, so during the visit we saw a lot of people who came to walk some of the dogs or play with cats, because animals, in addition to food and warm accommodation, need activity. 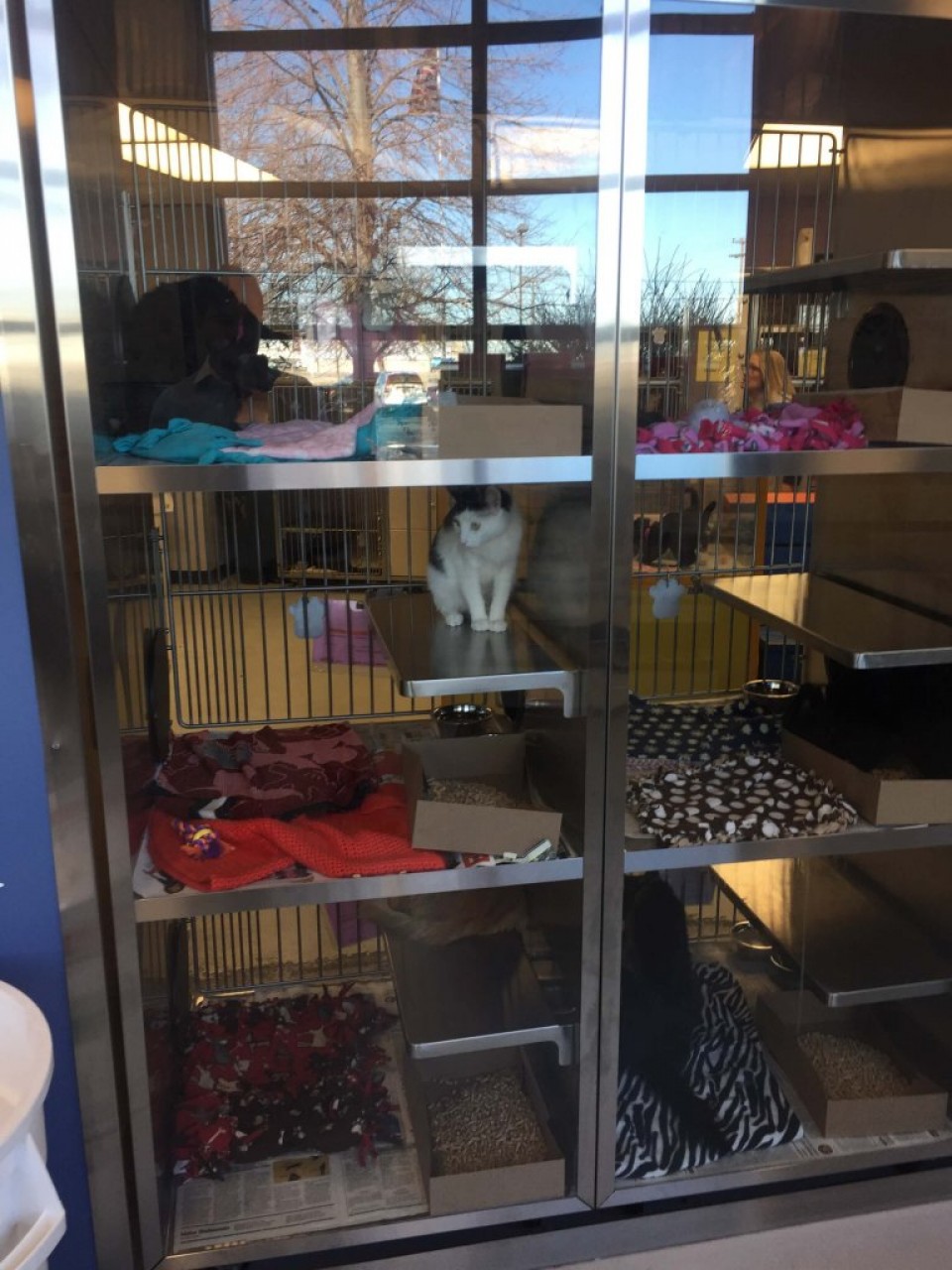 In Boise, we had an "American Hospitality Dinner" organized on almost every IVLP program. The idea of ​​this evening is that one of the American citizens voluntarily hosts visitors of the IVLP program who are coming from other countries, in order to experience cultural exchange and interesting gatherings, given the fact the people of Boise do not often have the opportunity to meet people from our region.

For us it was even more interesting because our host Maja Duratović and her family emigrated from Bosnia to America, so they made us feel like home.

During our visit, Maja invited her friends from different parts of the world, which was a very interesting mix. We thank once again Maya and her family for their hospitality. 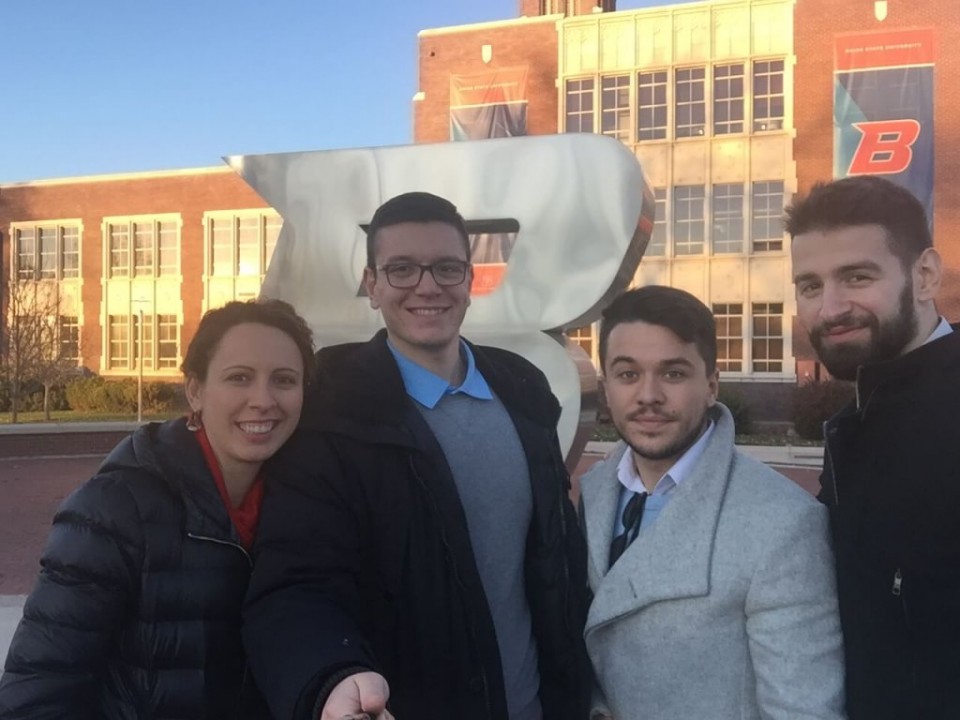 List of organizations that we visited during the program in Boise:

The visit to Detroit was very different from the previous cities we visited.

In 1960, Detroit was proclaimed the richest city in America, and in 2013, the city was bankrupt. In these 50 years the descent path through which Detroit was passing, the population fell from 1.86 million inhabitants (1960) to 672 thousands of people as it now has.

By visiting the city, we could see that the city is behind some other big cities in America and is still developing, literally everywhere something is being built. However, the city seems abandoned and often in Detroit you can come across the phrase "From MoTown to GhostTown".

Detroit is often considered one of the leading cities on the list of crime and insecurity. 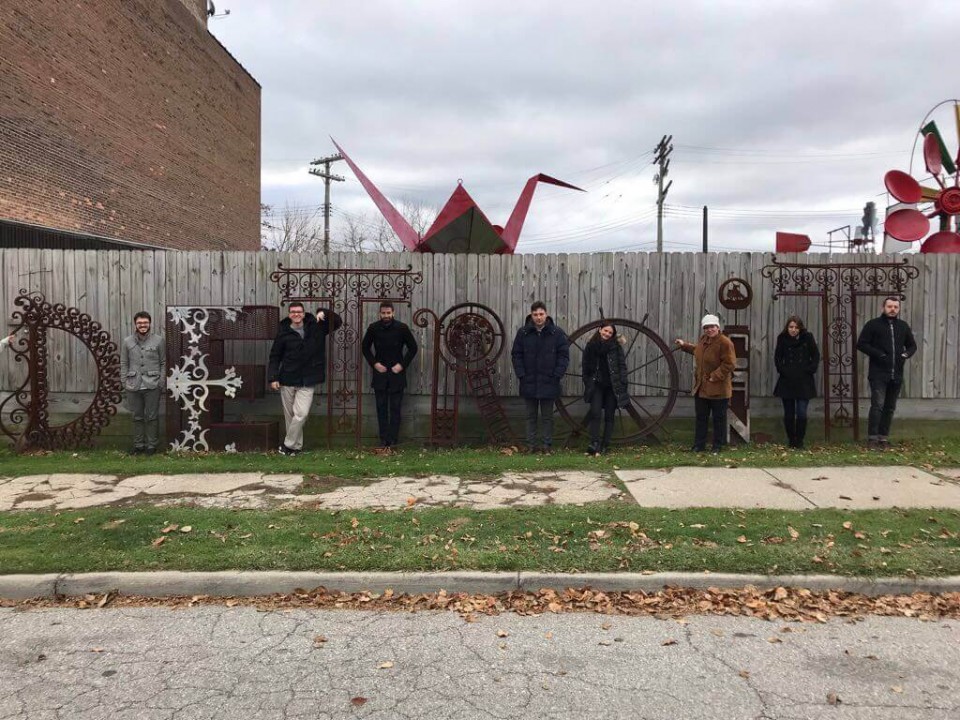 Detroit, the city of motorsports and Eminem. 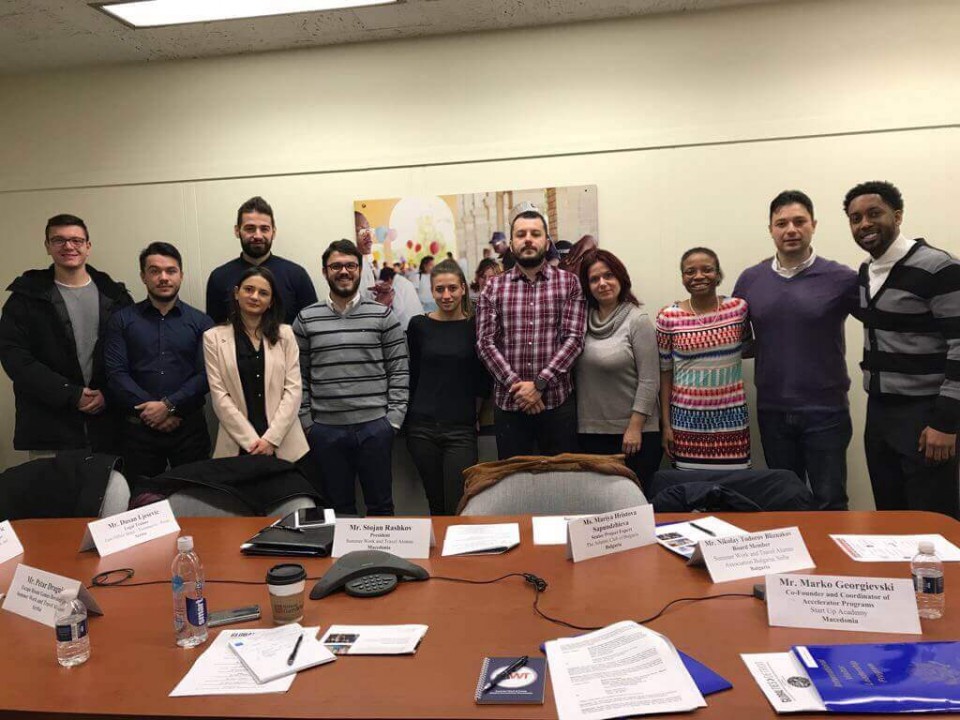 Meeting in the Detroit city office for innovation and entrepreneurship

In Detroit, the coordinator of the program organized a visit to the newly opened Little Ceasar’s Arena in which we watched a hockey game between Detroit Red Wings and Buffalo Sabers.

An interesting story about Detroit Red Wings is that their owner was Mike Ilic, a businessman of Macedonian descent, whose parents emigrated from Macedonia to America at the beginning of the last century. Mike started his business career in 1959 by opening a pizzeria that was a family business in Garden City, Michigan (Detroit area), and by 1999 the business developed so much that they had as many as 4,000 pizza places. He became one of the 500 richest people in America and invested a large portion of his money in Detroit, the city where he grew up. He became the owner of the Detroit Red Wings and Detroit Tigers (baseball) sports clubs. Unfortunately, he passed away in February last year at the age of 87, and we had the opportunity to see during Detroit visit how much the Ilic family was respected in this city.

List of organizations that we visited during the Detroit Program:

Since Detroit was our last stop, our time in this program came to an end. We have grown apart from our colleagues and new friends from Bulgaria and Macedonia with the great desire to meet again soon in one of our countries, but also on future projects that we will certainly work together. We all had the great pleasure and honor to participate in this program, which presents a valuable experience for us. It definitely contributed to our personal and professional development.

We would take another opportunity to thank the State Department for organizing this program for us, the Embassies of the United States of America in Belgrade, Sofia and Skopje who supported our participation in this program as well as the program coordinators and organizations that hosted us during our stay in America.

To some future gathering, best regards to everyone! 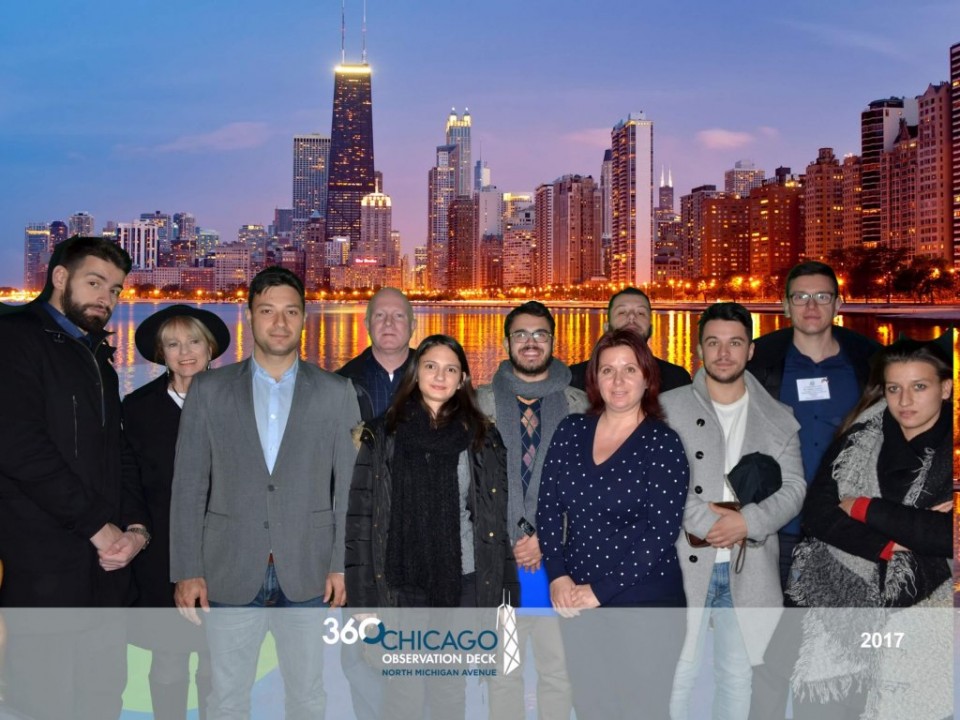 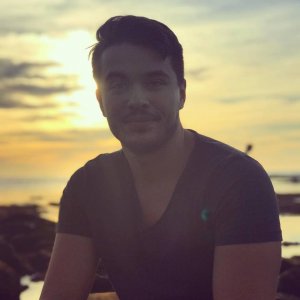